Akarmara is a town of polar opposites, once a mining town with elaborate Soviet architecture and now a ghost town swarming with people. The people today, like us, are day trippers come to see an extraordinary town. Several thousand people lived here (the total number for the area was around 40.000)  in the early 1980's but with the unprofitability of the coal mining industry in the Perestroika age, coupled with the end of the USSR shortly after, numbers dwindled and the mines closed.
In the early 1990's the siege of Tkvarcheli meant that effectively Akarmara was cut off from the rest of Abkhazia as there is only the one main road in and out which cuts straight through Tkvarcheli. For 413 days the town was cut off and relied on supplies being helicoptered in by Russian and separatist forces. The siege of Tkvarcheli  remains the biggest war trauma for a lot of Abkhazians.
Today the population for Akarmara scrapes the hundreds, many of the once grand 4 and 5 story apartment blocks will only have a family or 2 in them , the grand facades and wide streets of the town are slowly disintegrating, either eaten away by time and weather or picked away at by those residents still in the town as the best (and cheapest) building supplies available.
In the summer months there is a steady stream of UAZ 4x4's with loud music blaring that take tourists from the coast up into the hills to see Akarmara and the mines. There are talks about restoring the town into a resort again to show off its forgotten Soviet style splendour, but that will take a lot of money and as Abkhazia is an unrecognised republic and buy in from foreign investors would be low it is unlikely to happen any time soon. 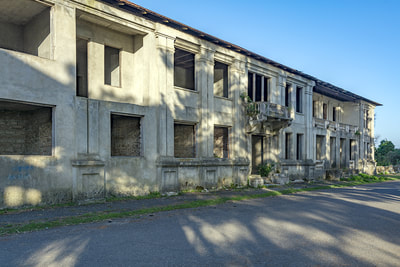 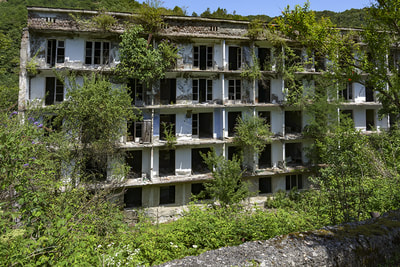 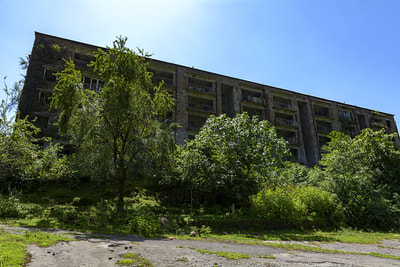 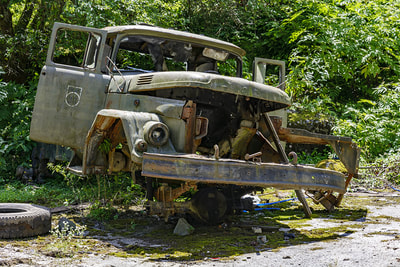 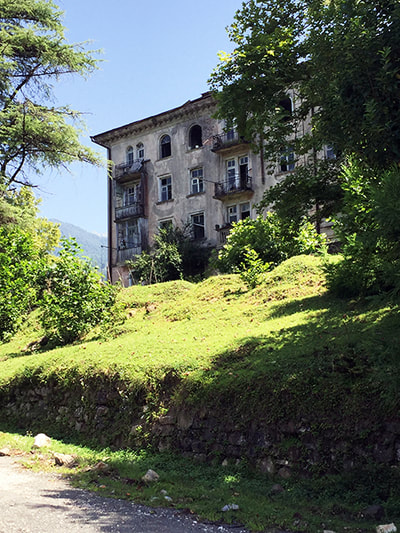 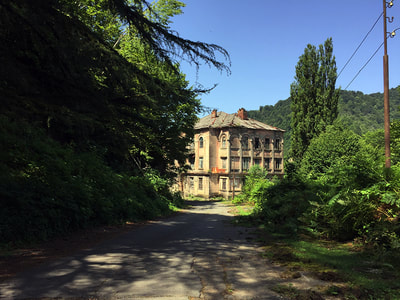 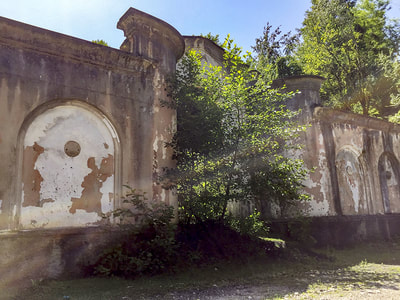 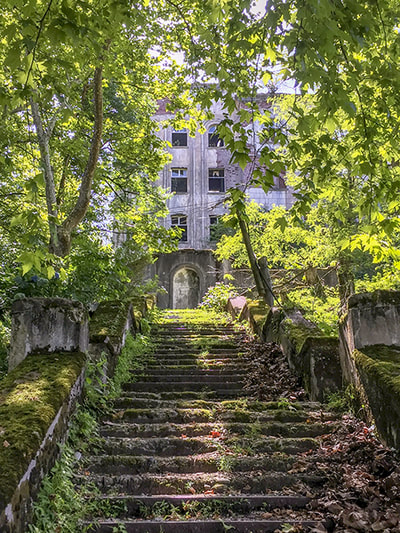 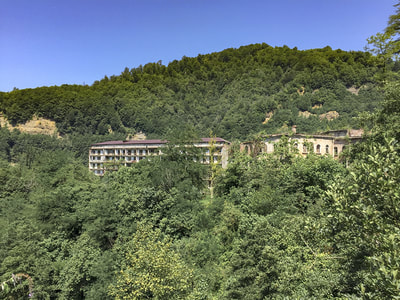 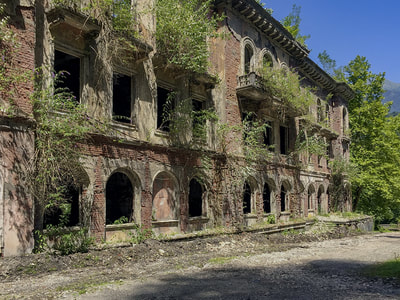 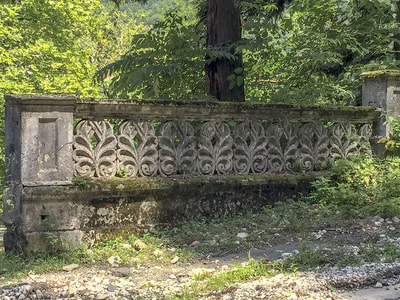 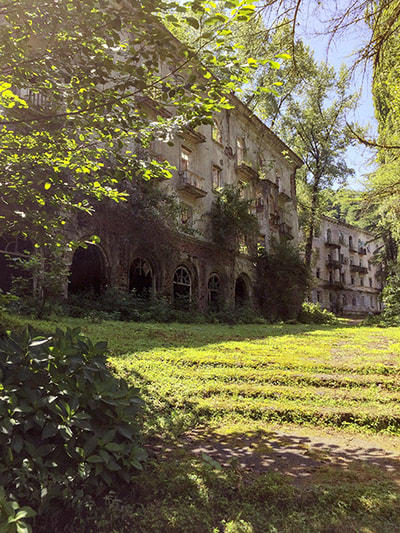 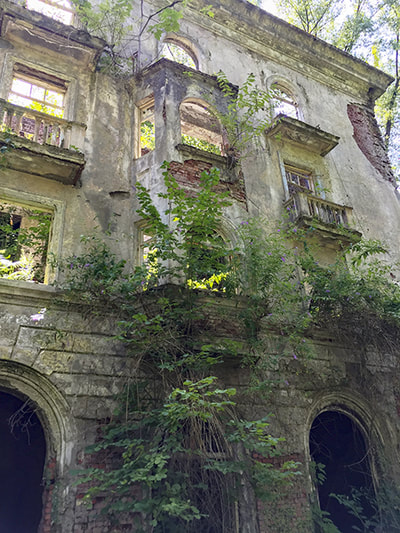 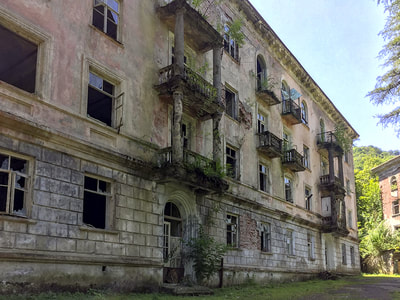 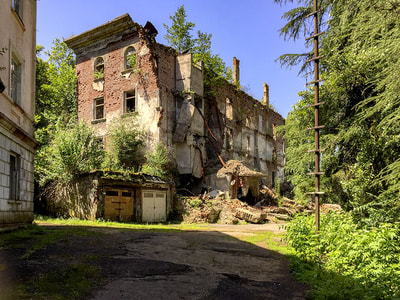 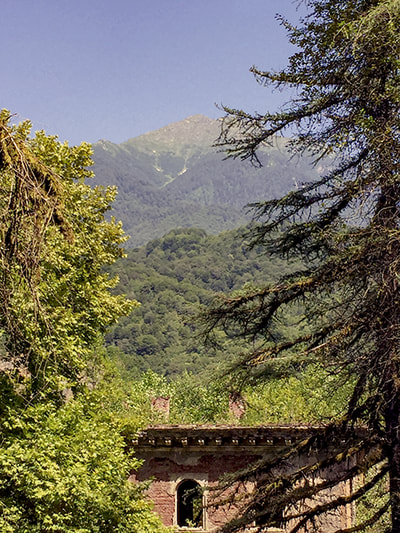 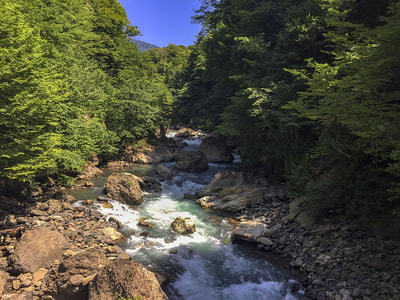