In August 1991 a  type HZ 664 locomotive with two railroad cars was send to Brodosplit Shipyard to be converted in armoured train. The vital parts were protected by steel-concrete-steel armour (6mm steel plates – 30-50mm concrete – 8mm inter steel plates) and on the roof two armoured turrets for 12,7mm machine guns were added. The train was never used in combat action.

Even now I can't believe we tracked this down on google earth using one photo we'd found. Even more unbelievable is the fact it was still in situ. The only downside to this little adventure was the security guard who literally stood in front of us as we tried to photograph it. Sadly this is all i managed before we were moved on.
​ 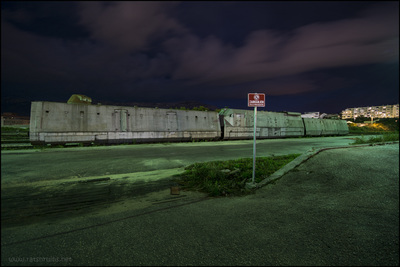 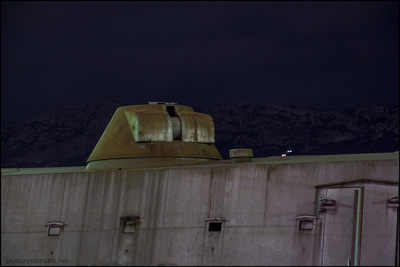 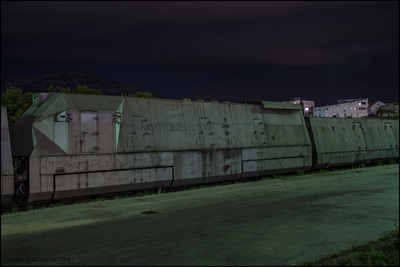