The first Hotel Goricina was built on the Kupari-Srebreno project site in 1962 and had 162 beds. Like Hotel Pelegrin, the original Hotel Goricina I was designed by Finci. In the Croatian architectural magazine Oris, contributor Darko Latin shed some more light on the restrained quality of the young architect’s work: “Importance is given to functionality and rationality, while the design, in most cases, takes the form of a ‘box’”.
Over a decade after Goricina I was built, it was decided to expand on the existing facility. “Hotel Goricina II” was finished in 1980, and was connected to the original building. It added 352 new beds to the hotel, giving it the second-largest capacity of the resort. Apparently I later found out there was a 'disco club' into the basement, I didn't go down there, it was too sunny and the bay too empty, I went swimming instead.
Like the other three Kupari hotels, Hotel Goricina was almost completely destroyed as a result of the JNA offensive. Image 8 give a little insight into what went on here. 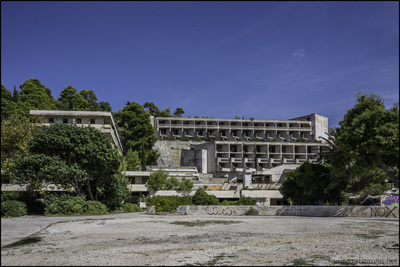 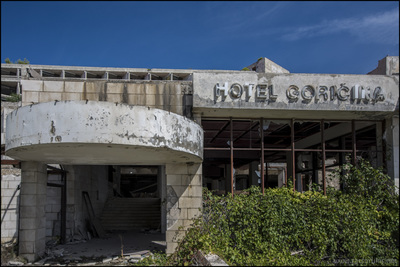 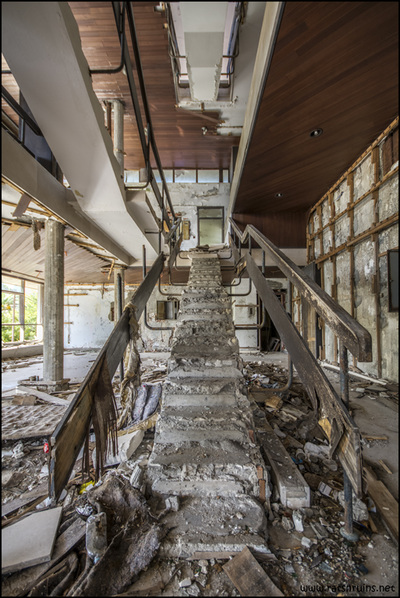 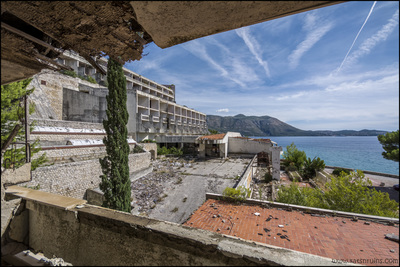 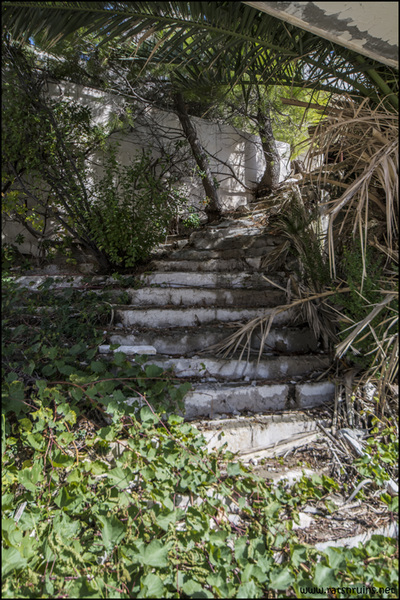 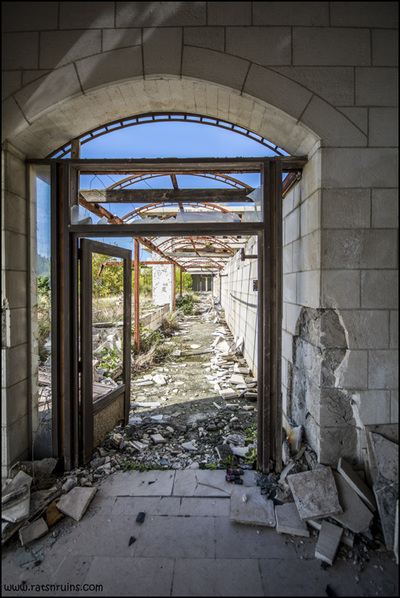 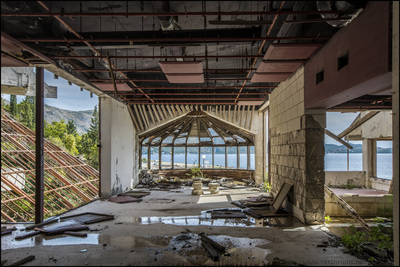 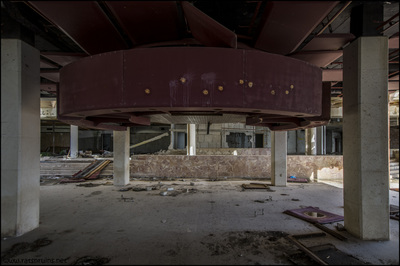 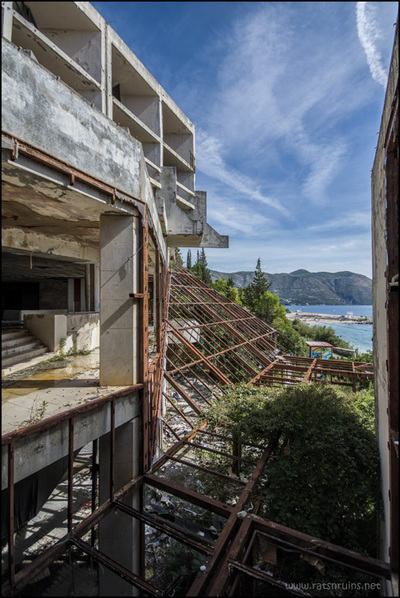 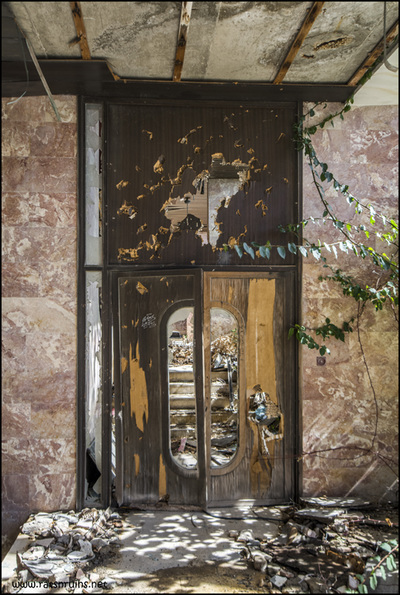 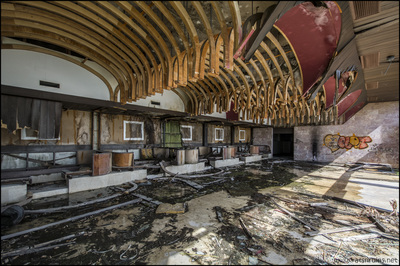 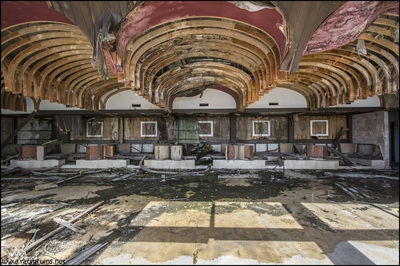 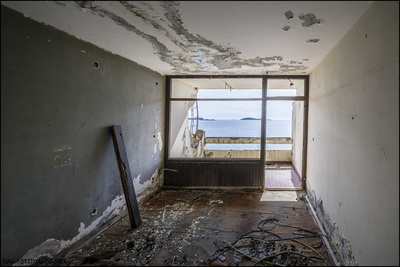 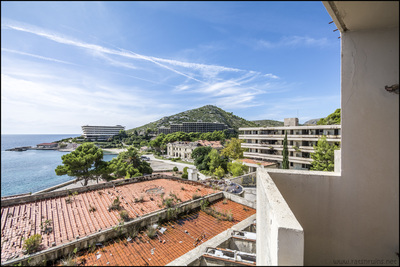 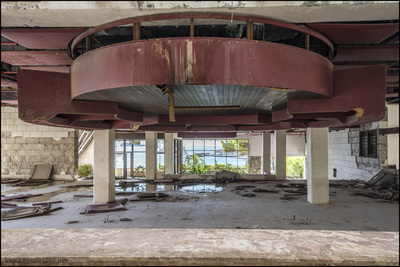