125km south of Sochi lies Ochamchire. A seaside resort that I imagine back in the day was quite something. The seafront stretched for miles in each direction and it was empty, I mean utterly devoid of human life. Oddly it was also immaculate. The seafront is separated from the main town by a band of trees and there was a guy, a solitary man piling all the leaves and rubbish into little individual heaps which he then set fire too! Honestly, you could have eaten your dinner off the promenade it was that clean! This just seemed odd, was he bored? Was he expecting a rush to the beach later? Why on earth was he doing this!? It would have been nice to have asked him but my Russian is ........ Ok, I admit it,  I do that English thing and just shout at people slowly, it doesn't work here.

Oh, I nearly forgot, on the outskirts of town is the maddest water feature you've ever seen, and of course there's a ferris wheel! A little mini version of the one in Pripyat, there's also an old playground, a bandstand and a beautiful hell type thing. As I said, back in the day, before everyone here was literally exterminated it must have been a wonderful place to spend your holidays. 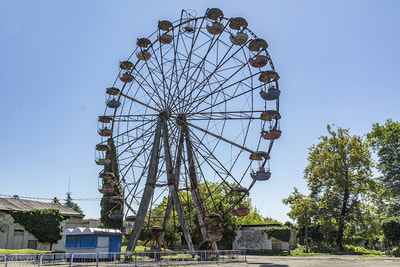 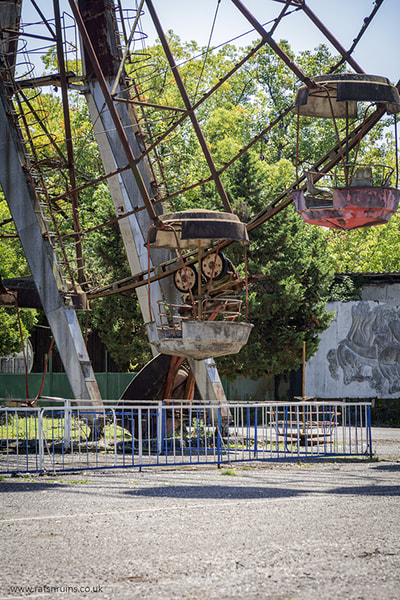 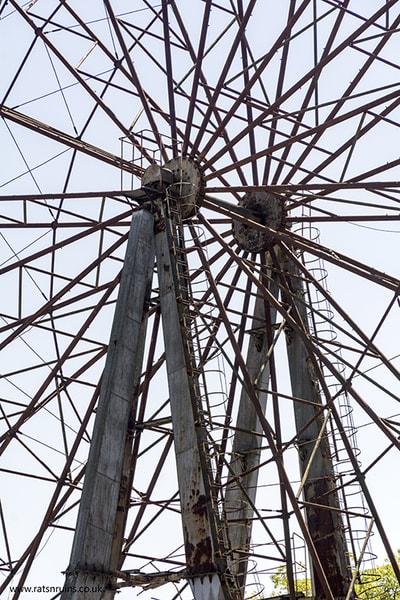 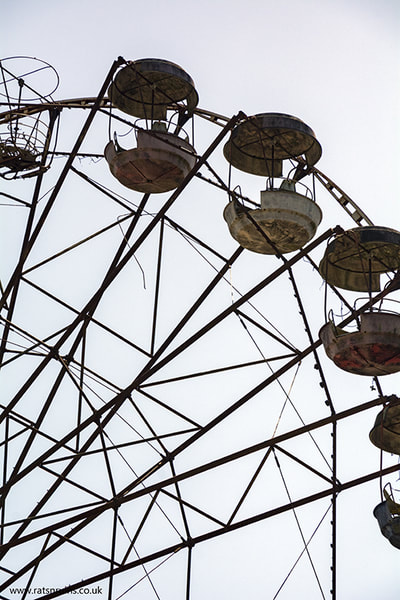 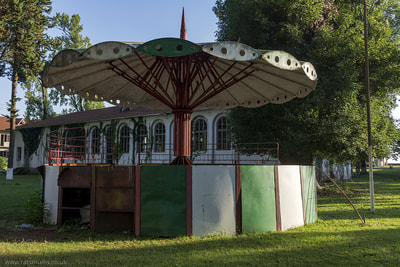 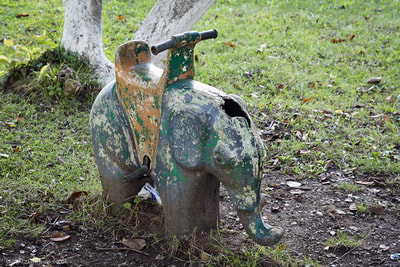 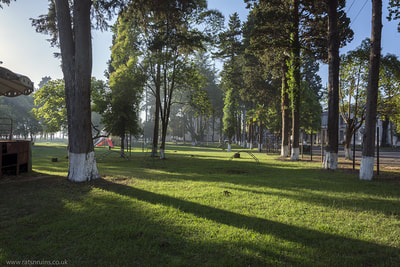 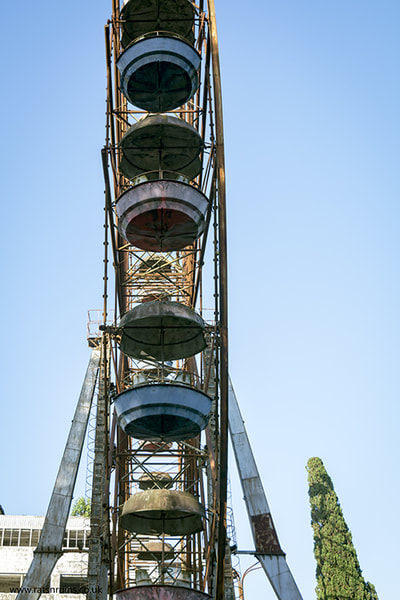 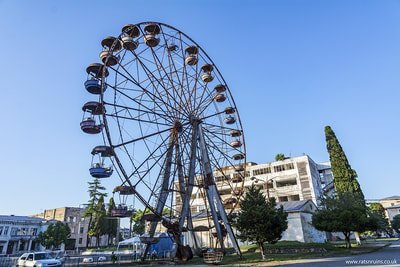 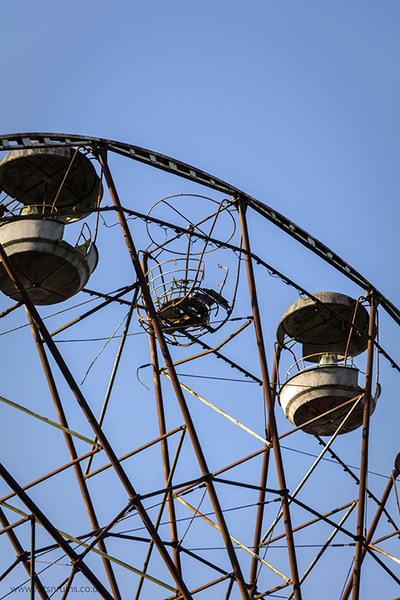 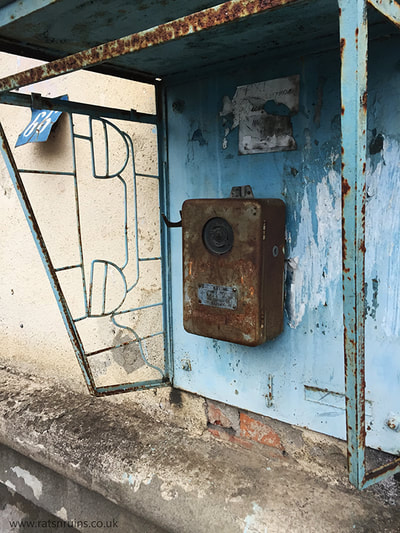 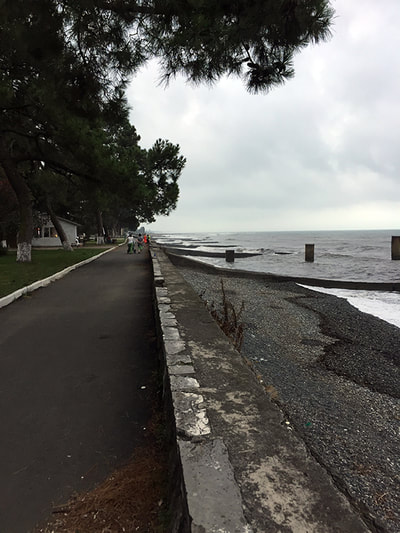 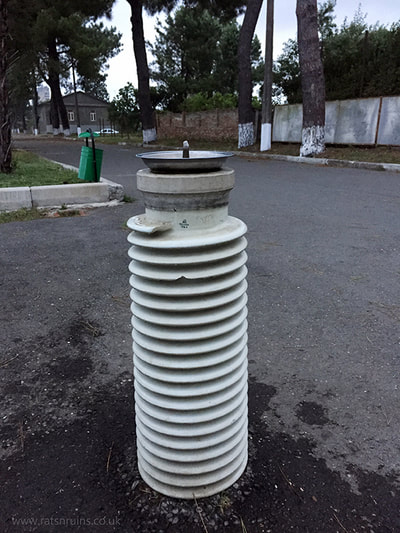 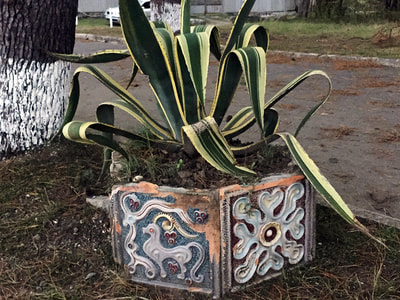 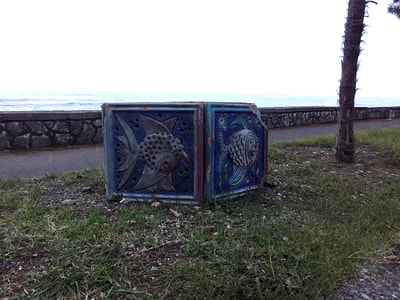 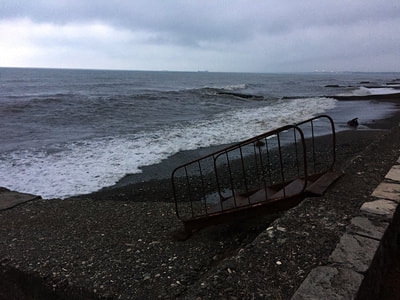 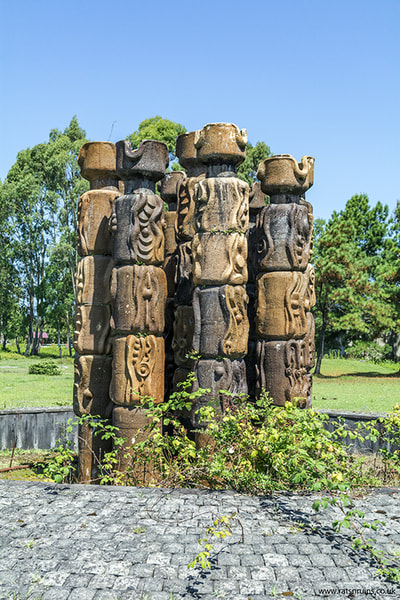 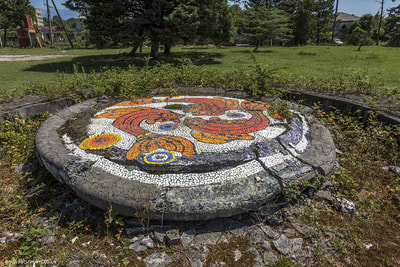 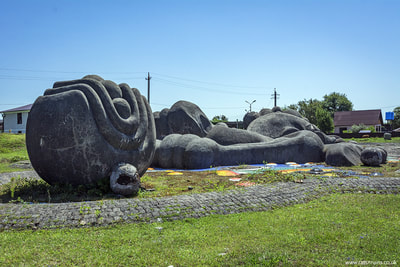 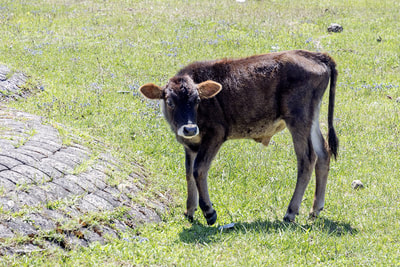 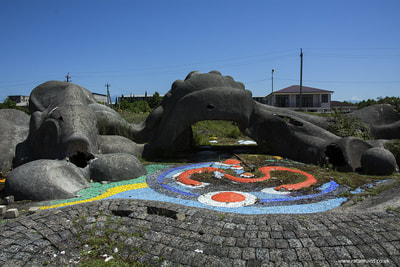 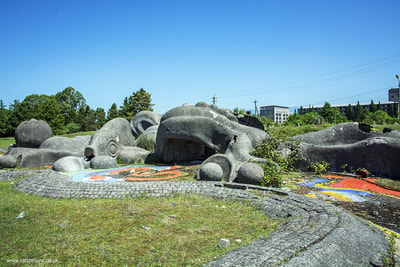 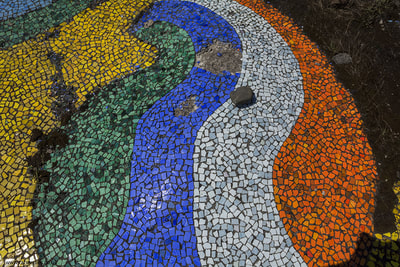 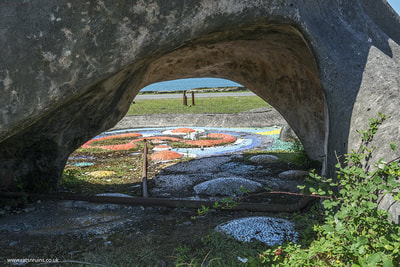