​MÁVAG began to manufacture the Class 424 in 1924.It made its first test run between Budapest and Vac on 22 April 1924. The planning was led by Béla Kertész (1882–1970) locomotive constructor.
The 424 was a universal main line locomotive. It was used to haul heavy freight trains, stopping trains and express trains. The 424 locomotives are well known abroad as well.
Until 1958, 514 machines were produced, of which 149 were foreign orders. They remained in service until 1984, when steam engines were withdrawn in Hungary.
The 424 class engines were coal burners by design. In the early 1960s some engines were converted to burn oil, but their performance did not increase enough to compete with the diesel equipment of that time, like NOHAB DSB engines and Soviet-made M62’s.
We chose not to outstay our welcome in the sheds (having heard all sorts of stories about security) and so left after 40 minutes, in hindsight a foolish thing to do, I reckon we could have spent the day in there).
Getting completely turned around whilst trying to leave the site we stumbled upon a second 424. This one in considerably better condition. From the concrete plaque infant of it we can only assume that at some point it had been a ‘display’ model. 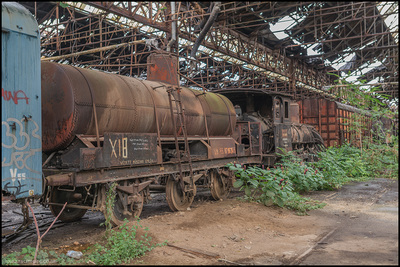 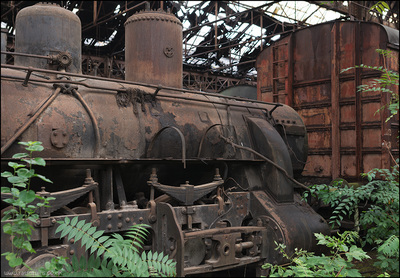 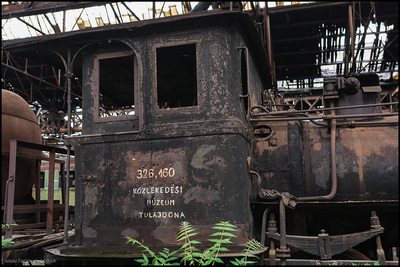 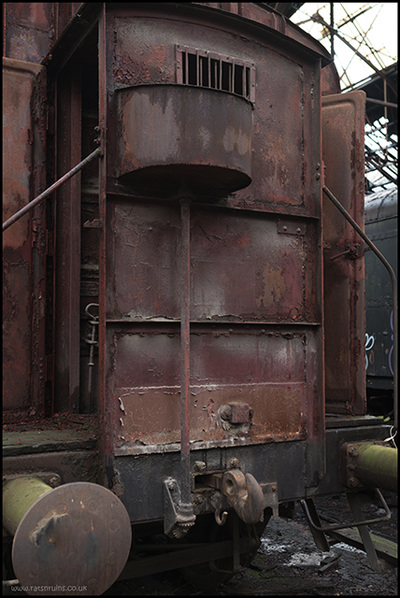 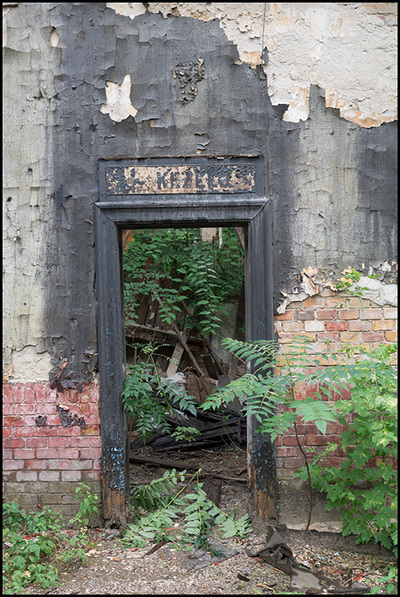 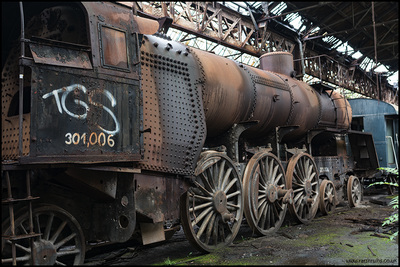 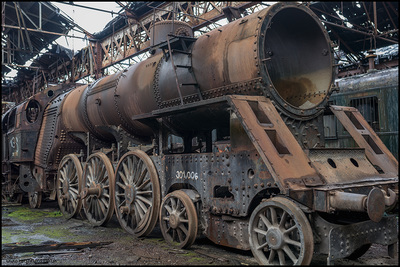 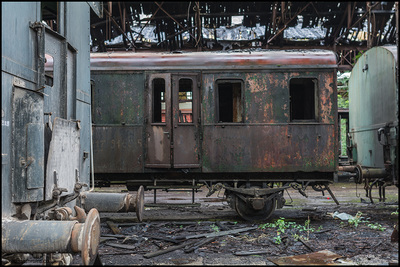 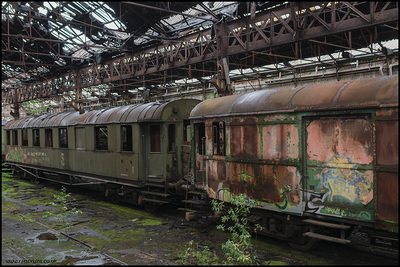 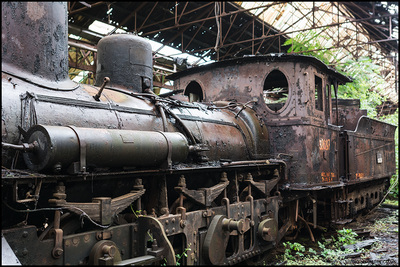 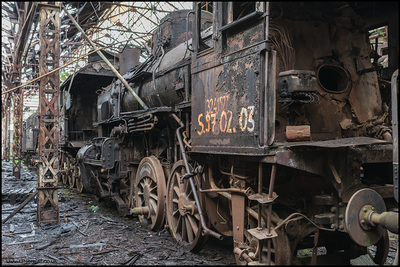 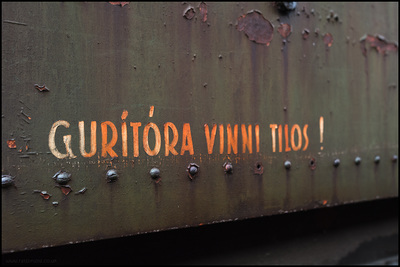 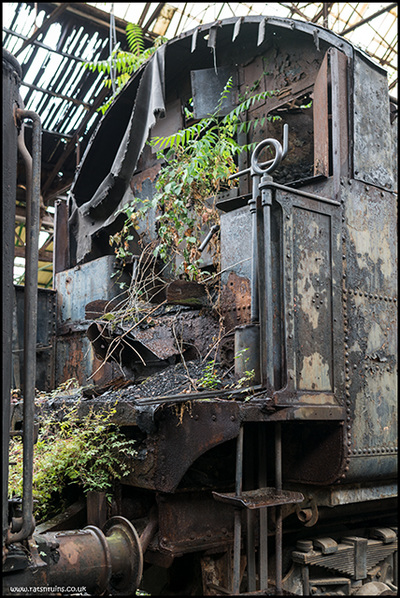 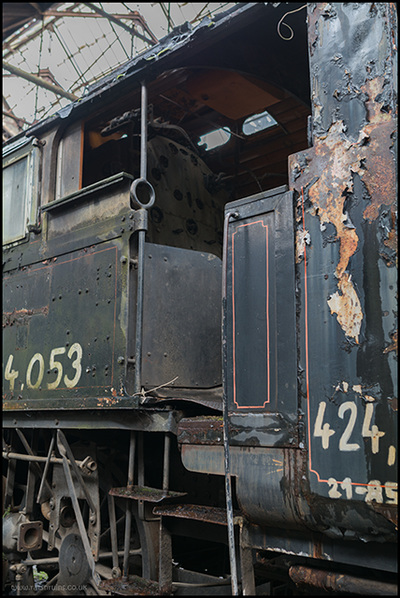 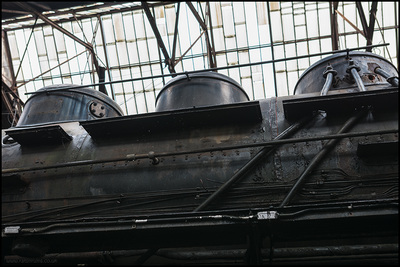 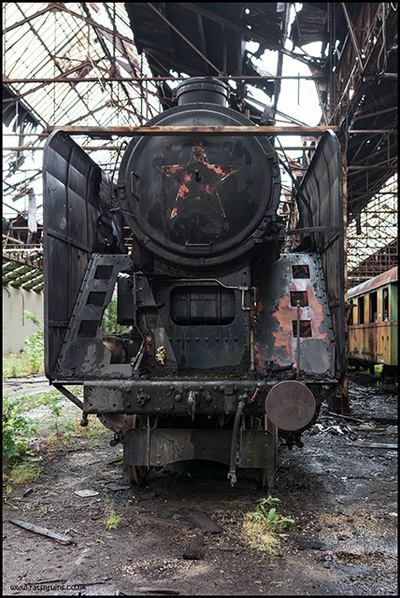 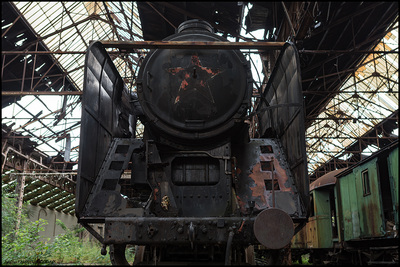 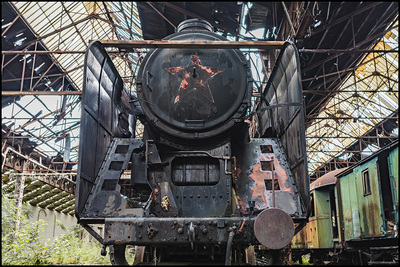 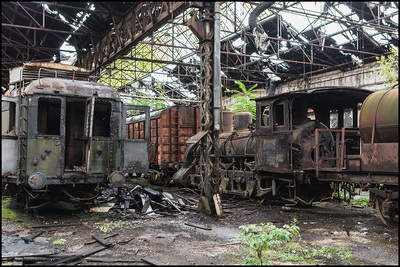 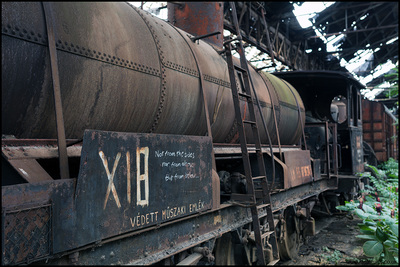 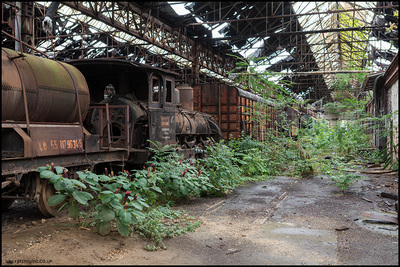 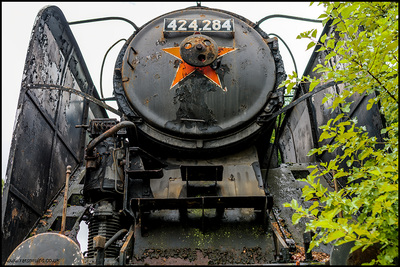 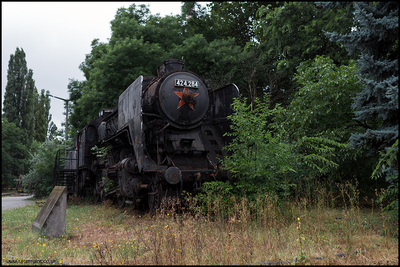 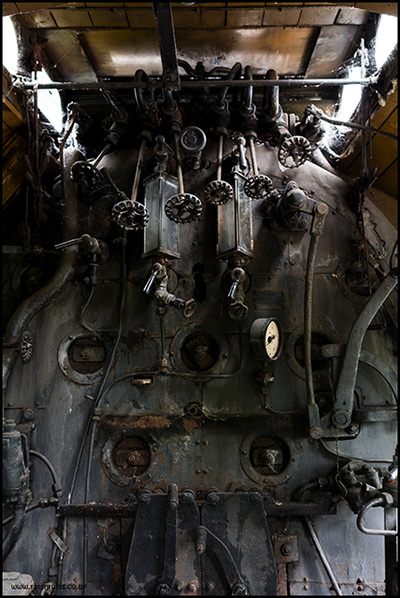 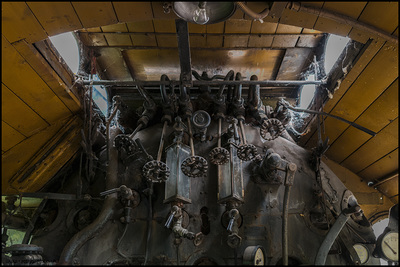 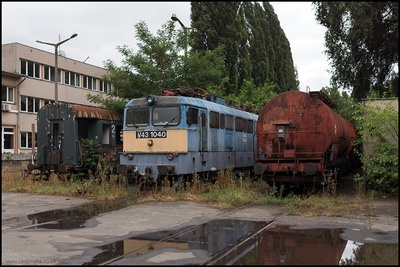